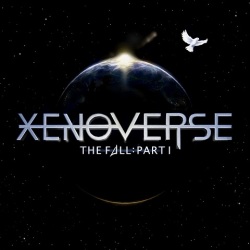 Progressive rock/metal “newcomer” Xenoverse seems to have been in the cusp of releasing their debut album since 2015. After a lot of polishing, a few gigs and apparently nearly finishing a 2nd full-length too, their debut The Fall: Part I has finally been released. Xenoverse is full of seasoned musicians but it’s clearly the brainchild of the vocalist/keyboardist Arttu Juntunen.

The music tiptoes on the edge of progressive rock and progressive metal, there’s plenty of virtuosity in instrumentation but also catchiness in choruses. The keyboards play a major role in the compositions, but guitars and drums are both well mixed too. Refreshingly bass also peeks out from behind the guitar riffs and is used as a driving instrument. Behind Enemy Lines is a good example of a track where the bass is constantly present.

There’s not much heavy guitar walls to be found but dynamic interplay between the instruments. The album sounds to be done with live performances in mind, for example the guitar solo of Behind Enemy Lines has no backing guitar, just the bass beating about. This reflects their live setup with just one guitarist. It actually works very well and doesn’t sound gutless, but groovy.

The Torturer is nearly death metal with industrial in keyboards, very far from the other tracks. The “hit” track that is also arguably the best, One Can Rule The Sky, is from the other edge of the pallette; a rocker and a melodic extravaganza! It does not feel like a 7 minute track at all. Disintegration is among the heaviest tracks with lovely hypnotic repetition and space rock whirrs and buzzes after a solid progressive rock beginning.

The album could probably do without The Torturer even though I enjoy the Scorngrain-like industrial keyboards. The mellow finisher Aria’s Premonition is quite boring especially as the album has a lot of mellowness. Perhaps the concept of the album cannot do without it. There’s no denying that the mellow tracks Solitary Confinement and Is This The End are solid, and when the distortion guitars kick in after 4 minutes of Solitary Confinement it sounds frigging fresh. How about the majestic symphonic elements then? Violins, Trombone, Cello, French horn, Viola, Majestic keyboard pad sounds; I admit, I’m a sucker for most things epic.

All in all The Fall: Part I is a complete solid progressive rock/metal album with fine attention to detail. A very impressive debut.

I also did a live review of their gig a few years ago.

Buy & listen to the album in bandcamp:
https://xenoverse.bandcamp.com/ 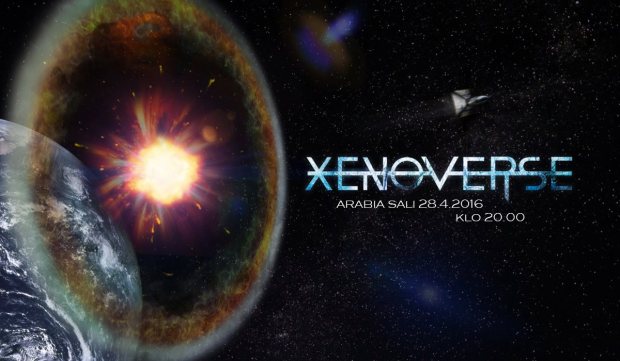