1. The New Beginning is one of the best tracks of Insomnium but was never released as a “real” full-length track. It’s been released in Where the last wave broke EP and as a bonus track of Across The Dark.

2. On Lonely Towers is the centerpiece of Barren Earth’s 2015 album and welcomes them back into form. Especially welcoming is the great vocal performance by the Faroe Island native Jón Aldará (also known from Hamfero). That is not to say the previous vocalist Mikko Kotamäki (Swallow The Sun) didn’t do a good job on previous albums, but after about 10 albums that I’ve heard him sing on, the more powerful voice of Aldara is a really welcome change.

3. An epic Finnish metal collection without Amorphis wouldn’t be perfect, which is why My Kantele, in my opinion the best track of their discography was chosen for this record. It is also suitable transition from Barren Earth who have their ex-keyboard player and have drawn a lot of influence from Amorphis, to Kingston Wall. Kingston Wall in turn is one of the biggest influencers of Amorphis.

4. You can read more about Kingston Wall from my previous blog post if you are interested further.

After a few greats, I decided to go underground with a lot less known bands (5.) The Chant and (6.) Crib45. Neither is yet classic material but have produced a few fine records, most notably the ones which best tracks are featured here.

7.  Jotunheim is as close to nature Moonsorrow has yet reached. I truly adore most of their longest tracks.

8. Iiwanajulma, with its Finnish lyrics produces a pessimistic, self-hating, melancholic but staggeringly real picture of the current Finnish mentality at its worse. The closing track 2014 album Hallelujah is one of the most fantastic lyrical pieces of Finnish metal really.

P.S. Not translatable by Google Translate 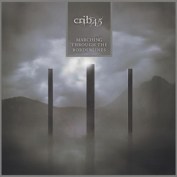