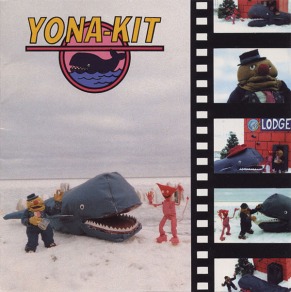 “A day later, Yasuko was shot out of the whale’s blowhole, landing safe on the deck of the yacht, still at sea. She spoke of bizzare goings on withing the whale’s gut…Progressive, avant-experimentalism, hardcore, ambience, metal, and a few less savory things all being digested together to form a racket the likes of which had never been heard. Days passed and Chiller Whale was nowhere to be found. The Skin Graft crew began to lose hope of ever seeing their pals again, until just moments before the search was to be called off, Chiller Whale appeared at the ship’s bow! He opened his mighty jaws to reveal the castaways, stronger than before, shoes shined and united under the moniker Yona-Kit (Jonah-Whale). They : stepped out and rejoined the Skin Graft crew. “I’ve got it all on tape!” exclaimed Steve. “

Math rock with a pinch of Japanese obscurity

Dirty, raw, psychedelic, odd and well, slightly annoying at times. Truly one of its kind. Yona-kit’s only LP is a real menace, the groove is on and the sounds are just right when you want your dose of lo-fi crunchiness. The tracks have a real energy and live feeling, but instruments also have their own space to operate and are visible parts of the entity. The image of the band is also stunning and the LP cover looks like it’s been ripped out from a cheap copy of Alejandro Jodorowsky’s or Terry Gilliam’s puppetshow rip-off movie. And that is just right!

Initially I came across this record searching for covers of an English child ballad Two Corbies (also covered by Sol Invictus); and Yona-Kits cover shone out by its sheer uniqueness.

The album boasts three clear hits with Franken-Bitch, Skeleton King and Two Corbies; i would also add the obscure (well everything else about this album is obscure too) instrumental Dancing Sumo Wrestlers near their rank. Hey, a song name like that alone is close to a classic!

The 23 minute anti-magnum opus Slice of Life is a very fitting way to end the album. After about 5 minutes the rest of the 18 minutes is a repeat of the same riff. Oh how I was disappointed at first listens that the blissfull jam just stalls its development. I later came to appreciate the feeling of stopping the album in the midst of a great riff! 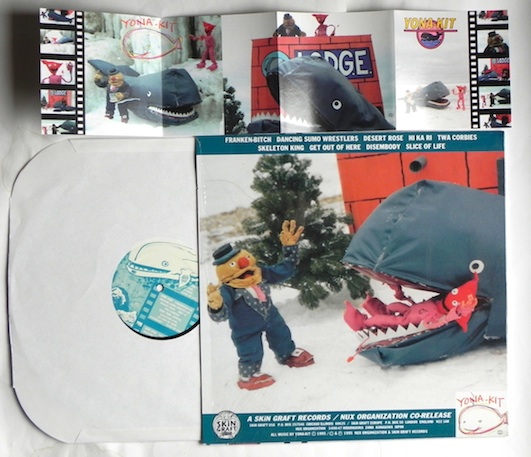