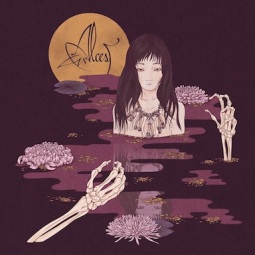 The songwriter / guitarist / vocalist of Alcest, Neige is undoubtedly some sort of genius. Alcest is the kind of music that I should hate or be completely bored of, but I’m not. At best I love them (and have a slight man-crush on Neige, but who Alcest fan doesn’t?). Alcest can evoke feels unlike any other band. Not in terms of largest scale, but different.

The preceding album Shelter‘s half-boring, half-ok post-rockpopfest felt dangerous like a picnic in kindergarten. It ended with a mighty and infusing 10 minute track Delivrance and the 2016 release Kodama also saves the best for last. The last minutes of Oiseaux de proie‘s blastbeating and ethereal melodies could go on forever. Just when I am hoping that it would explode like first album’s Les Iris into an even more supremely emotional melody (yet afraid that if it happens I might end up shedding some tears), it ends, unfortunately.

Kodama is a fine album overall. Shelter went too deep to majorkeys out of the darkside and lingering melancholia of blackgaze. On Kodama, there’s more metal elements that distribute variety. Clever twists surprise just when things are on verge of going too cheesy (take the title tracks echoing surround acoustic guitars as an example). This interplay also makes the emotional parts more compelling. Surprisingly the track with the most growling vocals and blastbeating, Eclosion is also the most positive one.

Les voyages de l’âme grew to be a fine album, but it took over a year, I expect Kodama may well keep getting better. Les voyages has many of the finest moments in Alcest discography which will keep it superior to Kodama, but neither can challenge the strongest base level of Écailles de lune. However, I am still waiting Alcest to combine these elements on a flawless display that the band has been hinting towards for over 10 years now.